The game has been released on Steam in March 2020.

Hey... Athmosphere is great, it's also ok that this game is much slower the TG. The only problem I see here: I can outrun the enemy, I can dodge the fight. And I should not be able to. In TG there was seldomly a chance to hide, or even complete a level without shooting. Here the threat is gone. either enemies have to be quicker or they need to slow you down somehow.

Hey Thultex, I'm glad you gave it a try, and thanks for your feedback!

When you wrote "Here the threat is gone" I got alarmed of course. You gave me something to think about.
Just to make sure: did you beat level 3?

I beat the first 3 (or 4) Levels and i figured I could outrun most enemies. There those with tentacles, which would have prevented me from doin this, if I where to let them coming close.

I figure that NAV points a quite a simple goal compared to TG where you don't know where to go and if how to get there. Something in the design has to change if you want to  follow the same path (and I dont mean only the pace). In TG every room is danger, but not entering a new room keeps you relativly save (at least in the beginning). It's basicly running into traps knowingly. Stealth, or enemies hidden, in / behind behind rocks could achieve this. Also small corridors in depres or enemies that are much faster once set of. creating arenas was not the Idea of TG and does fit into this game even less, so "doors" or forcefields feel like being out of the question. Make enemies stick to me, or blind my sensors or call big brothers would fit the theme much better. TG is a game about reacting most of all.

That being said, the basics a really in place. The setting works, the ship controls well (i was sceptic from the trailers). I fights go slower but should be as hektic to the player as in TG maybe a second funktion to the ship like a dash, or a shield that also has to be mentained and used could work.

Thanks a lot for your evaluation, this was really helpful!

Sometimes I was indeed wondering, if I were demanding too much of the player. But this allows me to increase the pace.

I like the Idea and the execution so far is promising. 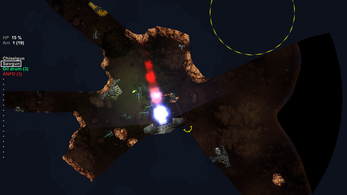 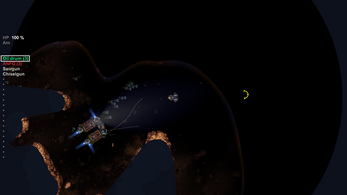 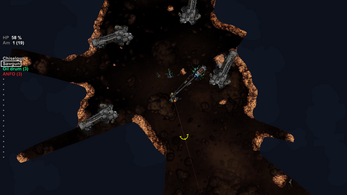 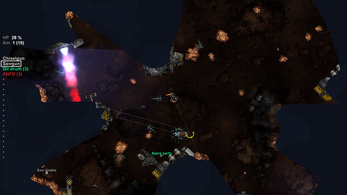 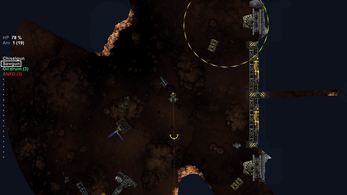 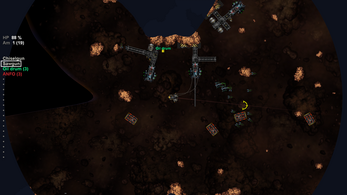 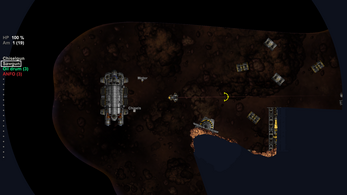